If you are considering becoming a Christian for the first time or would like to learn more about what it means to be a Christian, we would love to share further about what it looks like to begin a relationship with God.

Connect With a Pastor 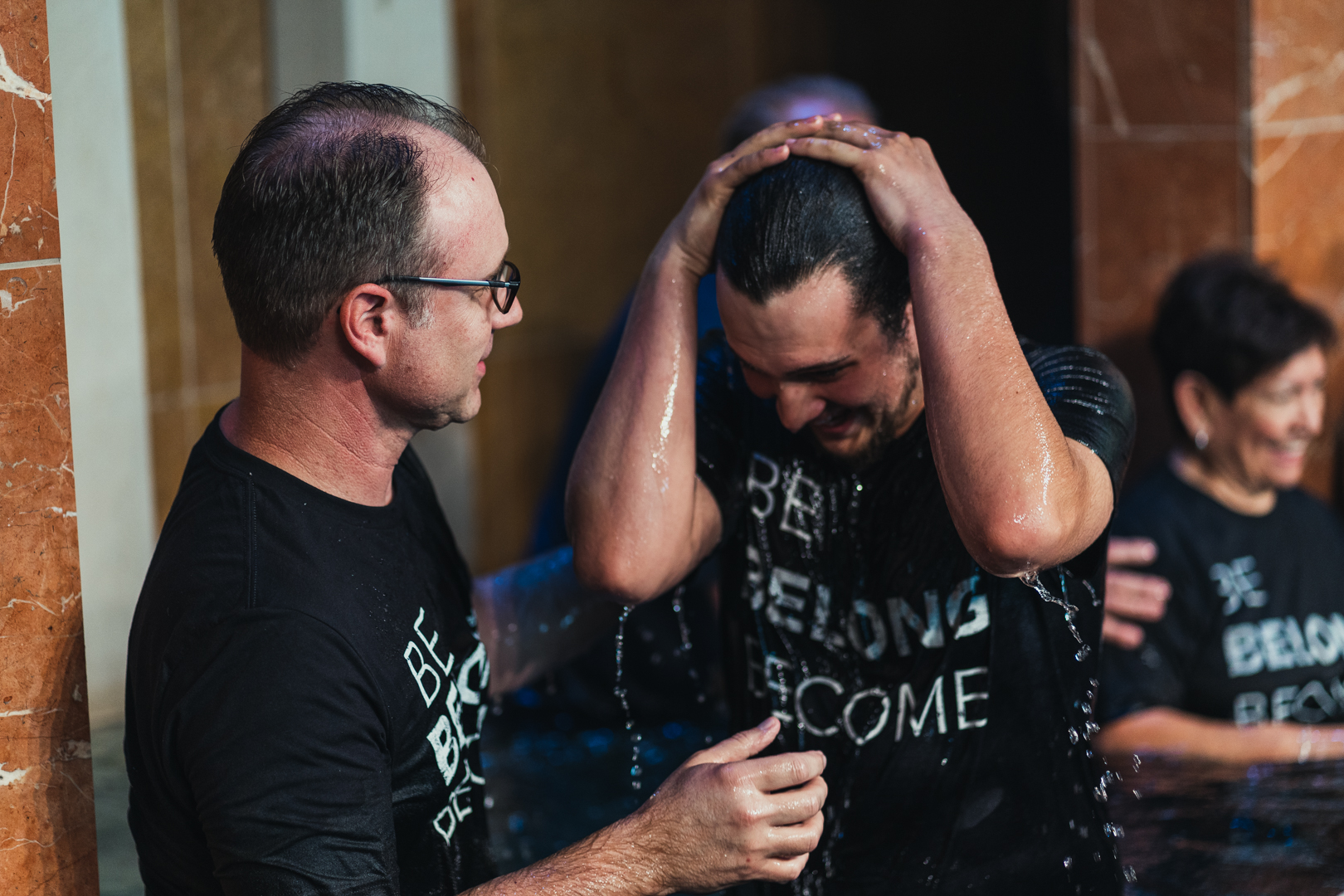 The gospel is the good news that God became man in Jesus Christ. He lived the life we should have lived, and died the death we should have died, in our place. Three days later he rose from the dead, proving that He is the son of God and offering the gift of salvation and forgiveness of sins to anyone who repents and believes in Him.

A new creation. A fresh start. For all of us who have ever wished we could start over, this is good news.

“Therefore, if anyone is in Christ, the new creation has come. The old has gone, the new is here!”
(2 Corinthians 5:17)

There is an immeasurable gap separating God and man. The cause of this eternal separation between God and man is sin.

“Surely the arm of the Lord is not too short to save, nor his ear too dull to hear. But your iniquities have separated you from your God; your sins have hidden his face from you, so that he will not hear.”
Isaiah 59:1–2

“For all have sinned and fall short of the glory of God.”
Romans 3:23

“For the wages of sin is death, but the gift of God is eternal life in Christ Jesus our Lord.”
Romans 6:23

The justice of God demands a sacrifice for man’s sin. Jesus Christ became that sacrifice and paid the penalty for our sin at the cross.

Since God is holy, righteous, and just, He could not allow sin to go unpunished. Since He is loving and compassionate, He did not want all of mankind to be eternally separated from Him. The divine solution to this problem was for Jesus, God’s only Son, to become the sacrifice for sin.

“Otherwise Christ would have had to suffer many times since the creation of the world. But he has appeared once for all at the culmination of the ages to do away with sin by the sacrifice of himself. Just as people are destined to die once, and after that to face judgment, so Christ was sacrificed once to take away the sins of many; and he will appear a second time, not to bear sin, but to bring salvation to those who are waiting for him.”
(Hebrews 9:26–28)

What exactly happened on the cross? Through His death on the cross, Jesus took our place and our punishment. He exchanged His righteousness for our sin. He took our curse and gave us His blessings. Because of His sinless life, Jesus was the only one qualified to pay the penalty for man’s sin and to bridge the gap between God and man.

“God made him who had no sin to be sin[a] for us, so that in him we might become the righteousness of God.”
(2 Corinthians 5:21)

“Christ redeemed us from the curse of the law by becoming a curse for us, for it is written: “Cursed is everyone who is hung on a pole.”
(Galatians 3:13)

Christ died on the cross so that we could receive forgiveness of our sins, be reconciled to God, and have eternal life.

We have all sinned against a holy and righteous God. The penalty for sin is eternal separation from God in hell. God is just and must punish sin. He’s also loving and does not want us to go to hell forever. Therefore, He sent His Son, Jesus Christ, to pay the penalty for sin by dying on the cross. Because of His sinless life, death could not hold Jesus. He was raised from the dead on the third day. In Christ, we experience forgiveness for our sins and eternal life. In Him, we're restored to right standing before God and given a new life as His children.

“For God so loved the world that he gave his one and only Son, that whoever believes in him shall not perish but have eternal life.”
(John 3:16)

“In him we have redemption through his blood, the forgiveness of sins, in accordance with the riches of God’s grace.”
(Ephesians 1:7)

“But now in Christ Jesus you who once were far away have been brought near by the blood of Christ.”
(Ephesians 2:13)

We receive salvation when we stop trusting in ourselves and put our trust in what Christ did for us. Our salvation is a result of God’s grace. It’s based on what Jesus did for us on the cross. It has nothing to do with what we do for Him. We cannot save ourselves or earn God’s approval through the good works we do. We’re saved by God’s grace when we realize our need for a Savior, turn from sin, and receive Jesus Christ as Lord and Savior, putting our trust in Him alone for salvation.

“For it is by grace you have been saved, through faith—and this is not from yourselves, it is the gift of God— not by works, so that no one can boast.”
(Ephesians 2:8–9)

Dear God in Heaven, I know I am a sinner in need of a Savior, there is only Savior, His name is Jesus. I call upon you Jesus, I ask you now, come into my heart, come into my life, be my Lord and be my Savior. I turn from sin, to the true and living God, I receive His love, His grace and His forgiveness. Dear God in Heaven, you're now my father and I am your child. Fill me now with your Holy Spirit, give me strength to live for you and serve you all the days of my life beginning today for the rest of eternity. In Jesus name, Amen.

Every person who confesses Jesus as his or her personal Lord and Savior and desires a relationship with him needs to be baptized.

“But when they believed Philip as he proclaimed the good news of the kingdom of God and the name of Jesus Christ, they were baptized, both men and women.”
(Acts 8:12)

Baptism is an important step of obedience that shows others we have personally trusted Jesus for our salvation. Jesus was baptized when He was on the earth, and we do this to follow His example. When Christians are baptized, they are submerged under water to identify with the death and burial of Jesus and raised out of the water to identify with His resurrection. 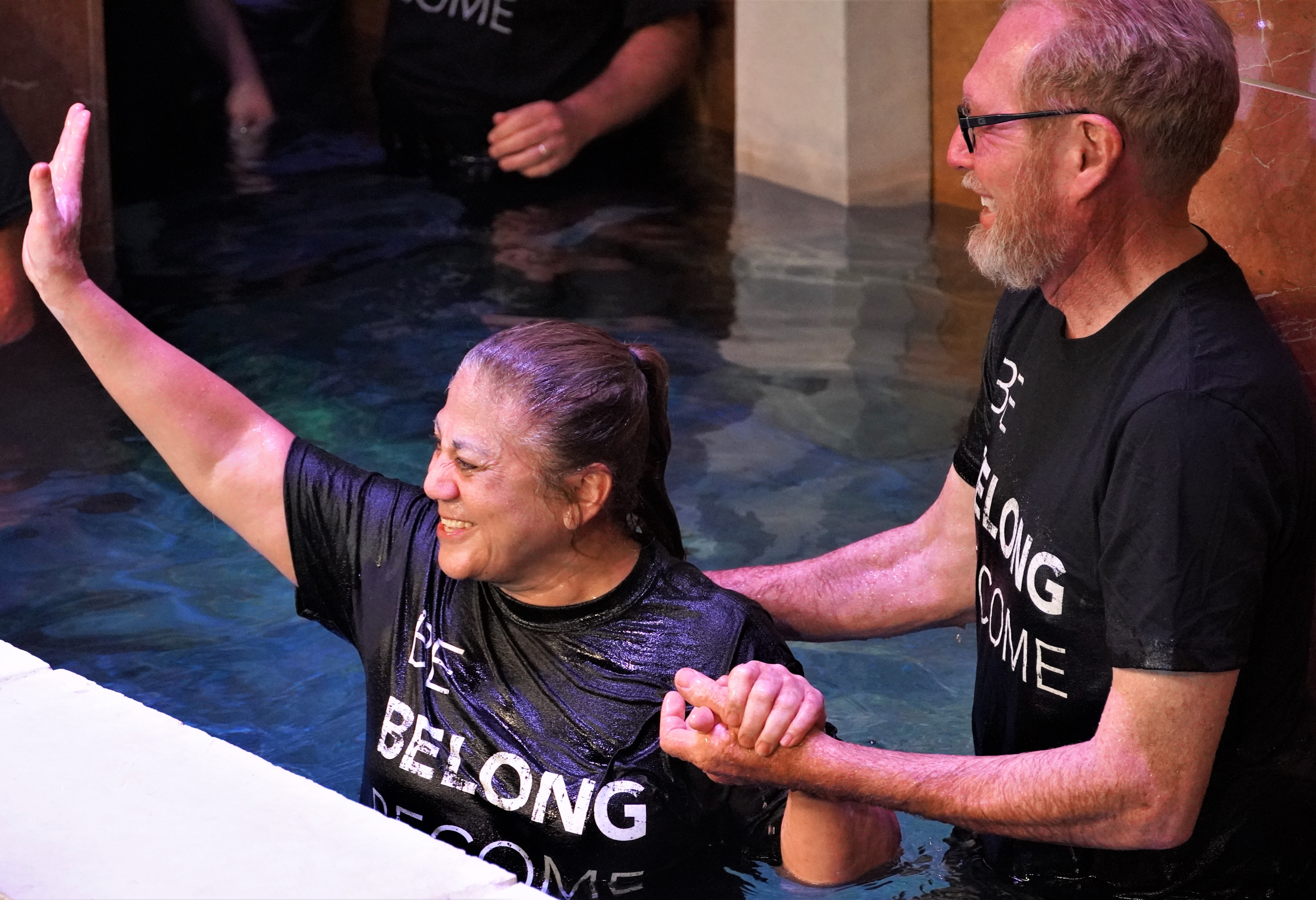 Are you ready to get baptized and make a public confession of your faith? Taking the next step in your faith journey through water baptism is such an exciting time!

We have several baptisms coming up during the 2022 calendar year, the tentative dates are: